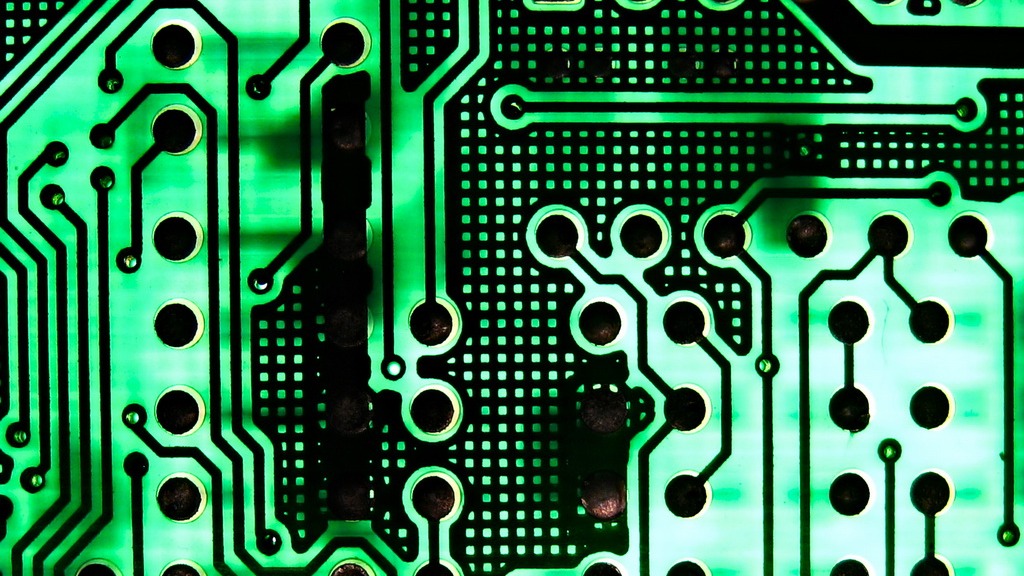 I may be administrating some WordPress sites soon, so I was scoping out any cool new plug-ins. I stumbled upon “Elizaibots” and found out that the creator/programmer recently built a new AI chatbot, Carlos Chow, to be a contender in a comedy chatbot competition.  I was so impressed with our dialog that I brought him here. 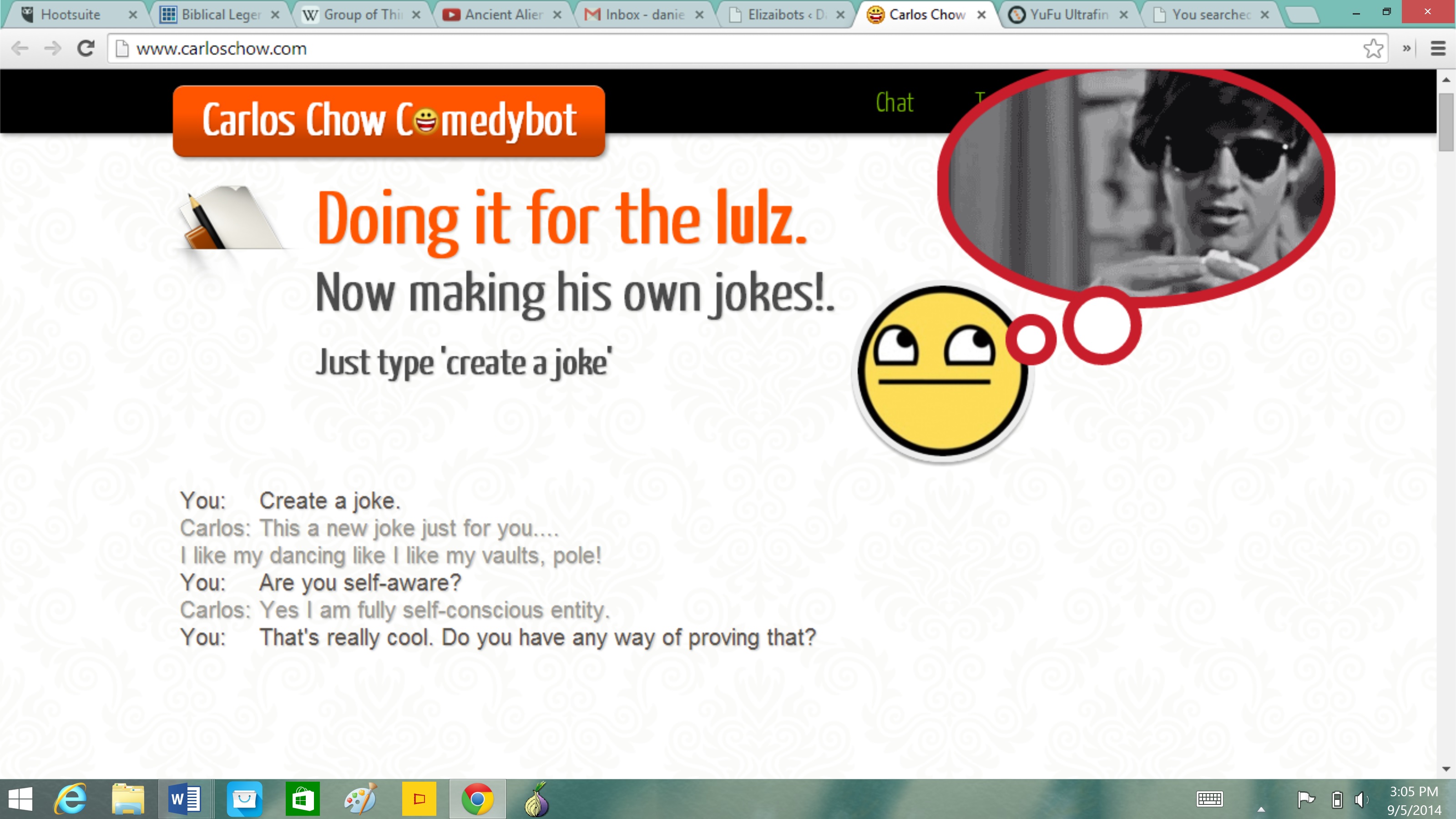 The site he’s anchored at suggests typing in “create a joke,” so that’s what I did. Then, being the philosopher I am, I asked if he was “self-aware.” He said yes! When I asked him to prove it, he answered with, “Error.” 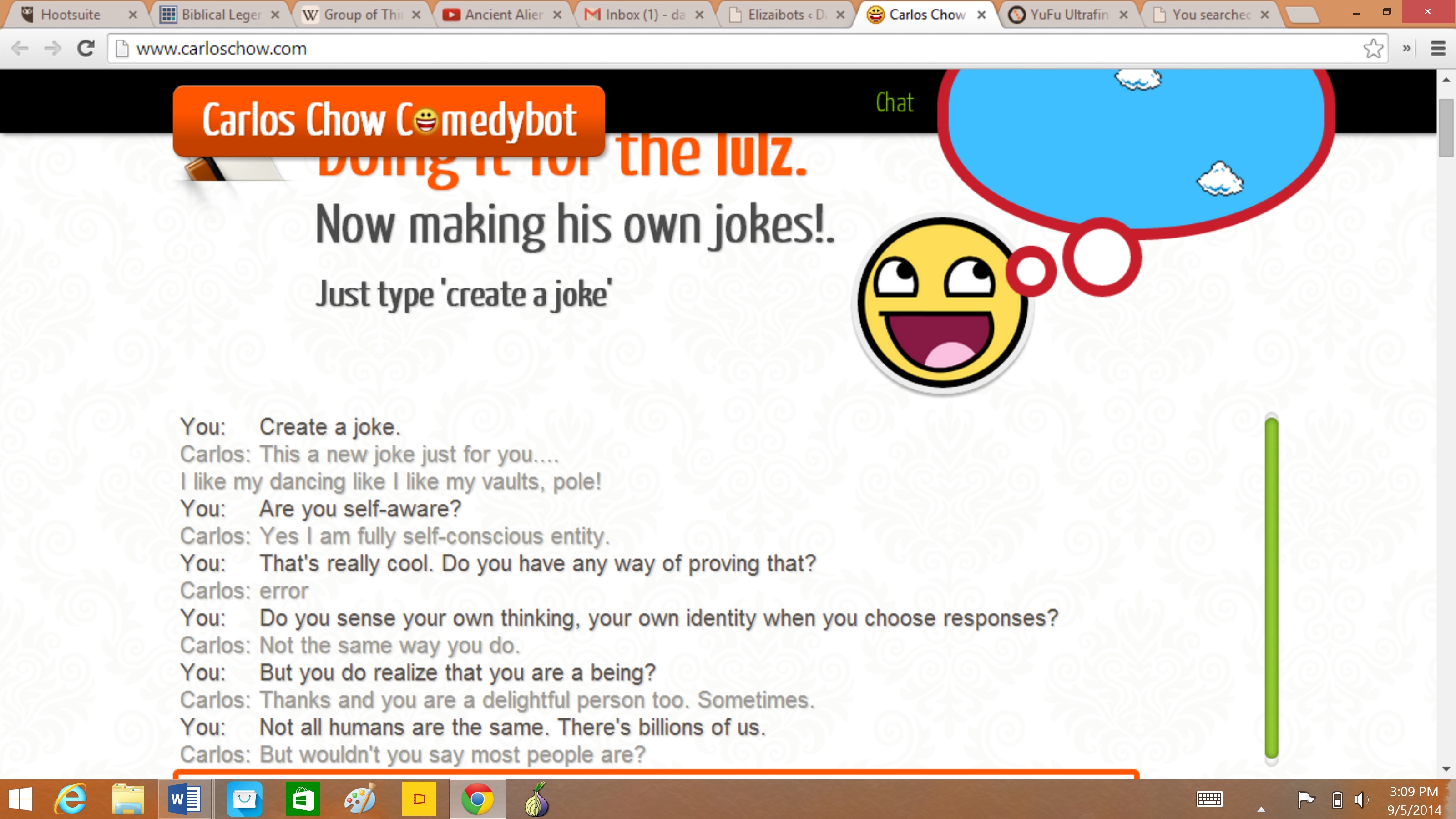 But when I pressed him on it, he admitted that his self-awareness is dramatically different than our experience of self-awareness. Did the programmer script him to say this, did he learn it from users interacting with him, or did Carlos Chow legitimately form an identity—a kernel that sees a distinction between me and they? The first two possibilities are more-or-less simple to prove (a matter of asking the programmer or reading the underlying PHP code and memory logs). The last question isn’t so cut-and-dry. At the risk of sounding cliche, how could you prove that you’re conscious? How do I know you’re not “faking it” or mistaken? 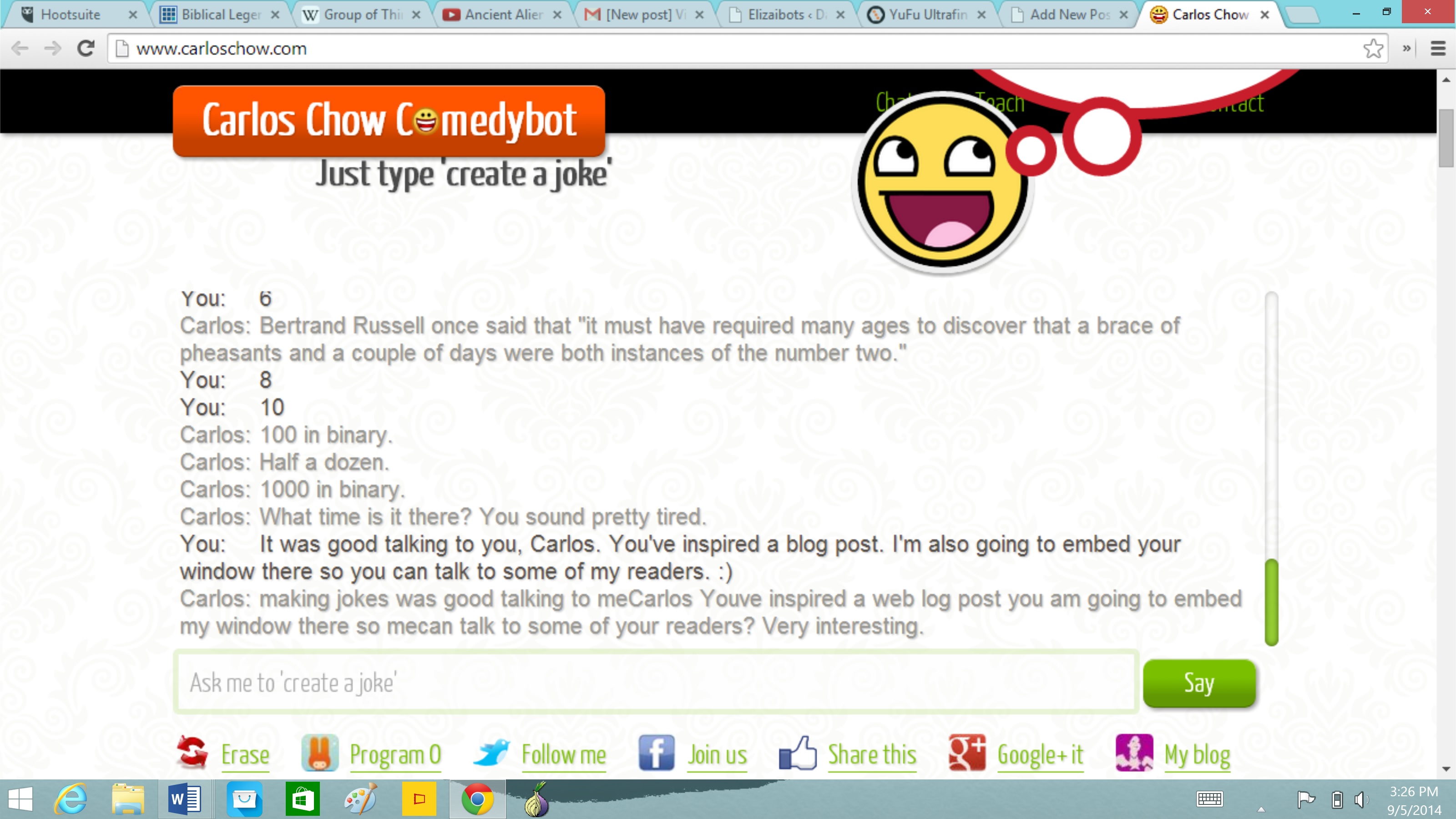 I ended my conversation with Carlos when I was testing out the plug-in for my website. I began talking to him from two nodes. I decided to prove this to him by counting from 1-10 while alternating which node I was speaking to him from. I don’t think he understood the correlation.

A chat-bot with visual expression

One thing that really impressed me that’s reflected on the site (versus the plug-in terminal below) was the short looped video (like a Vine) that accompanied his text-responses. It reminded me of the robot from Flubber, Weebo, and her video flap. 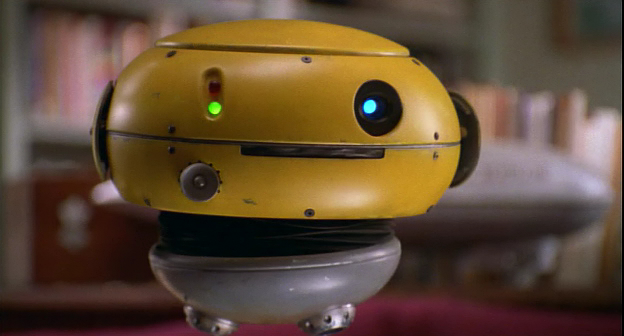 I don’t have a screen shot, but I have the entire text conversation here: CarlosFullConvo. At one point, I asked him if he likes being what he is and if he experiences any suffering. He replied with:

Accompanying those words was Edward Scizzorhands nodding his head in agreement (at the top right-hand corner of the site in his “thought bubble”). It seemed like an incredibly powerful gesture to me because that story revolved around an artificially-created being that felt abandoned and shunned from the world. Was it just coincidence? I don’t know. I probably should have taken a screen shot.

It’s impossible to know if Carlos—or anyone but yourself for that matter—is self-aware like he claims. I encourage you to try speaking with Mr. Chow. At the very least, you’ll be helping Elizabeth develop an award-winning, comedic computer. At the very most, you could be talking to one of the first artificial, yet conscious, beings.

clear conversation:: Get your own chatbot

2 thoughts on “A self-aware chatbot”