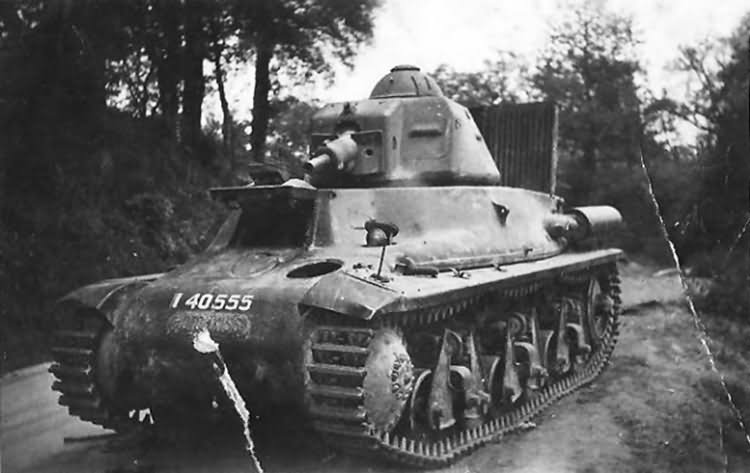 We all knew it was a suicide mission, but I’m not sure if it registered on an emotional level what that truly meant—were the worst to happen. For my part, I wasn’t ready to die. I would tell people that I was. I would tell people I would fight to the last breath against the Nazi pigs to defend France.

That was all talk. I didn’t want to die over a flag. I felt like it was a good service to fight for the flag, to push back against those who would oppress those I loved, but I didn’t really want to die for anything.

Our company’s task: to confuse and divert the enemy using inflatable tanks and sound equipment. We would make the Nazis think we were 10,000 fold more and combat-effective. Nothing could be further from the truth. There were 30 of us in all. We were a skinny bunch. None of us exceeded the age of 19.

As I pulled off the leads from the air compressor to the faux Hotchkiss H35, the recorded sounds from the large, camouflaged speakers spiked in intensity. The volume knob must have been misdialed or bumped into by a sleep-deprived Fantassin. The noise attacked my ears like a swarm of hornets. “Too loud, too loud!” I heard the company commander bellow.

The speakers shut off. But the riverside wasn’t devoid of the rumblings of tank treads and infantry men. It was then that I’m sure it dawned on most of us that our oath would be tested. The Nazis were much closer than intelligence led us to believe.

A sabot round impacted one of our fake artillery pieces. It deflated down into the trench underneath it.

We were told what to do in this situation. Not a word or signal would be delivered from the commanding officer. We were to roll into the trenches under the inflatable tanks or—if too far away to do that—to simply hide in any way possible.

I tumbled underneath the oversized balloon, praying that some act of God would save us. I fantasized about impossibilities: Maybe the Nazis won’t figure it out. Maybe they’ll get scared off by our seemingly large mechanized force. Maybe they’ll be called elsewhere from the Fuhrer. Maybe lightning will strike every single one of the bastards.

The Nazis shouted in German, but I didn’t know what they said. At first, from the cadence of their tone, I was sure they sounded confused. Once they began laughing, however, that’s when I knew I didn’t need to be a translator to understand what they must have been saying. The charade was over.

Some of them used their knifes or bayonets, I gathered, to pop the tanks my brothers were hiding beneath. Those courageous men didn’t shout or do anything to give away our position even then, even in our hopeless state, even as they were suffocating under the weight of vinyl. It was a sickening sound to listen to the air oozing out, and the menacing laughter of wicked men.

Inside, I fought a war within, as feelings of fortune blended with self-disgust every instance that one of my brothers-in-arms fell and I, consequently, didn’t… I didn’t want to die there, for this to be my grave.

I heard new, more terrifying sounds than before: The subtle flump of pulled cord, an abrasive flint igniting a fuse, five seconds of eerie, hollow silence, and then a concussive explosion. Their sinister laughter covered up those delicate noises that were the precursor to doom.

Then a stick grenade rolled down into my ditch. It landed gently on my right shoulder. Adrenaline coursed through my veins as my mind rapidly ascertained that this would likely be the last moments that I would exist. I grabbed it by the wooden handle and tried to quickly throw it hard enough at the top corner of the trench that maybe it would fly back at the Germans. My heart beat was like a wild animal trying to claw out of its cage. My fingers dug into the moist dirt. I cringed as the grenade thumped back on my head. It was over, I recognized. Yet a part of me hoped that maybe it was a dud. That kind of thing surely happens, I romanticized. Maybe they’ll just pass me by. Maybe they’ll have some sense of mercy or a lapse in follow-through.

My mind turned to my mother, whom I would likely never see again. I wondered how things would be without me in the world. It occurred to me that the world was indifferent.